If you have found your way to this site because you finally want to switch to e-vaping, then one thing should be said at this point. Congratulations! Because you made the right decision. After all, there are numerous reasons why one should turn away from conventional cigarettes as soon as possible. But the consumption of dried herbs with electronic devices, so-called dry herb vaporizers , also has many advantages:

Some people still have an image of witchcraft in their head when it comes to vaporizers, but the structure of these devices actually only follows a very simple principle. The ingredients are warmed up by the vaporizers and, to put it simply, produce water vapor, which is then inhaled. There are four components that no vaporizer is missing: 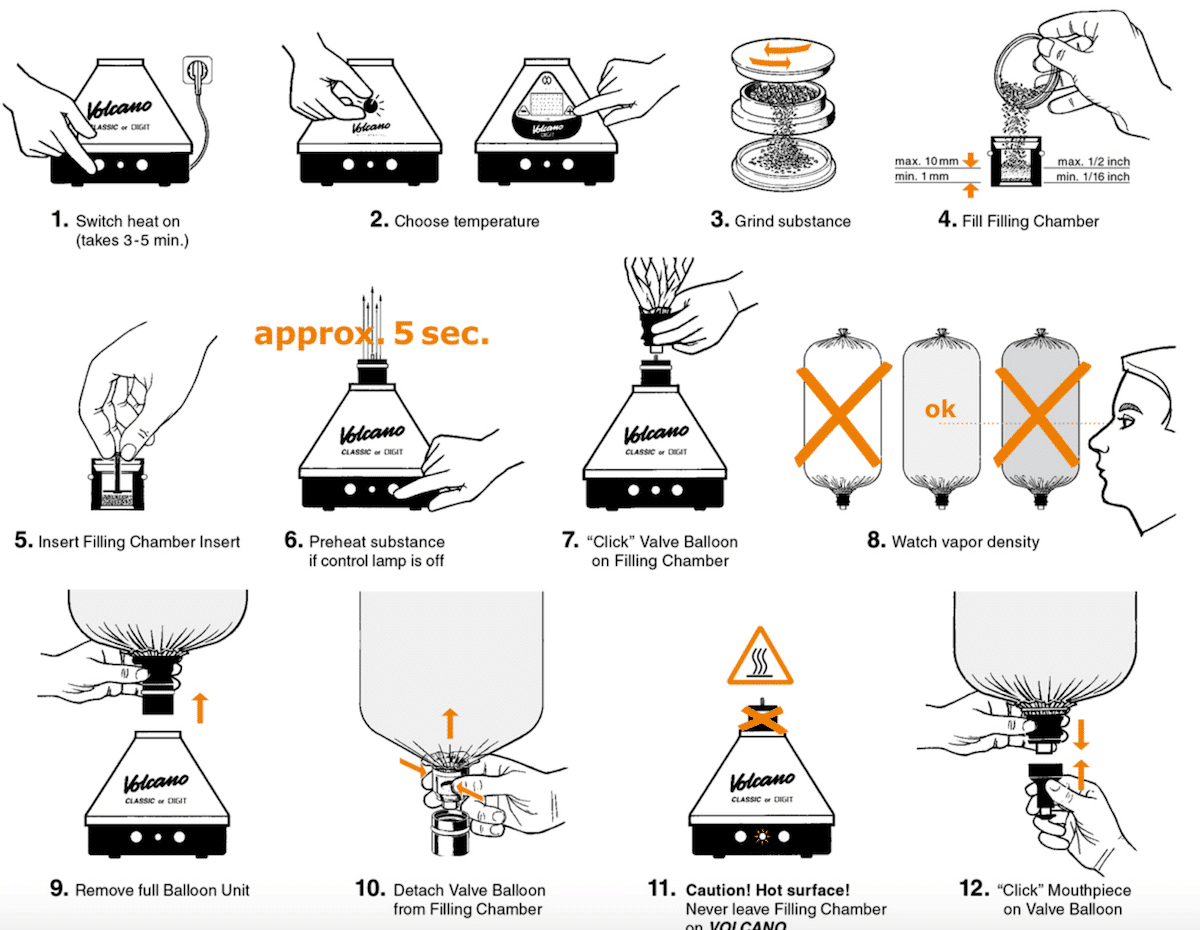 Basically, the use of such devices is pretty obvious, after all, the respective vaporizer only has to be filled and you can start. But of course it’s not that simple. Finally, the device must be brought to a certain temperature. Expensive devices allow the exact setting of a desired temperature, while others only offer a few presets.

Before you can start filling, however, the herbs must be rubbed or, as the insider would say, grinded. So if you don’t have a grinder yet, now is the time to get one if you want to be successful at Dry Herb Vaping. Why is that so important? First of all, you make sure that the airflow and thus the air duct are not clogged. Furthermore, the effect, taste and thus the entire experience is a lot higher, as there is more surface area for your ingredients. This can not only be heated better, more surface also means greater effect.

Then the chamber should not be overfilled. Even then you run the risk of your vaporizer clogging!

We come to the correct setting of the temperature. We recommend beginners who are new to e-cigarettes vaporizers to choose the lowest temperature first. Then you can increase slowly as needed and will find your preferences later.

In conclusion: tips for beginners

Last but not least, we would like to give you a few tips that could be of great importance, especially for beginners in the field of dry herb vaping.